We have been planning to have a little trip out for a week or two now, but the weather has been so rotten, either pouring with rain or blowing a gale, that it wasn’t until today that we managed it!  The weather was perfect and we set out about 10 o’clock to have a few hours cruising.   We only went as far as the junction with the Slough arm, and back, but we thought 3 hours cruising was enough to check that Rog’s foot would ‘stand up’ to it (no pun intended!!) 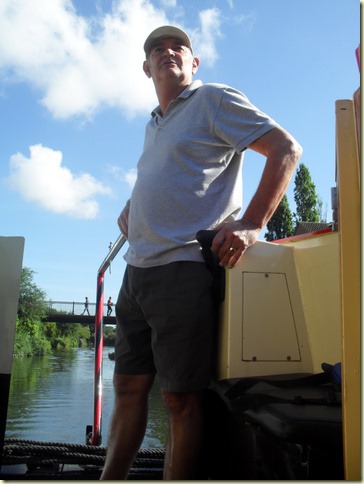 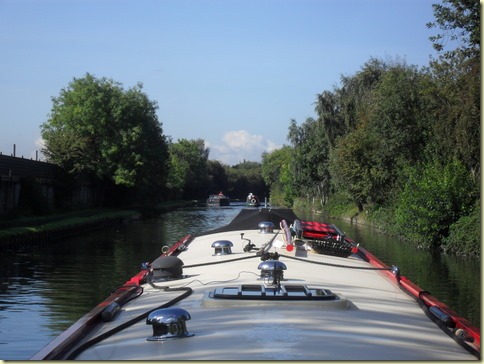 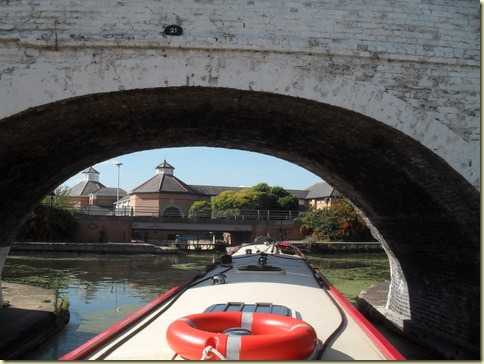 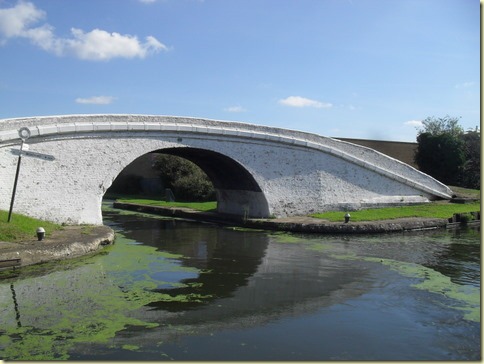 Apologies to our regular readers for the lack of blog updates recently.

Rog went for his Outpatients appointment on August 4th and they seem pleased with the way his toe is healing, although the progress is very slow.  He has to go to the Foot Clinic at the beginning of next month, where they will see him again, also to the podiatrist every week, the first of those appointments is tomorrow.  We asked about what the best thing to do to get it to heal as quickly as possible, and the consultant offered to remove the top of his toe if we liked!  What a choice!!  Need less to say, he said that he would carry on as he was for a while and see how things go.  I think they are going to do another MRI next time to check whether there is any improvement in the infection in the bone, so that will help make up their, and Rog’s, minds.

We have decided to stay here for the next few weeks so as to be in easy reach of Paddington, and then hopefully move on after the Foot Clinic at the beginning of September. The Marina manager has said that we can stay here for as long as we like, till next spring if necessary, but we would rather be nearer to Mum at Northampton for the winter.  To that end we have booked a winter mooring at Blisworth Marina, starting Oct 1st.  If the hospital give Rog the all clear to move on at the beginning of next month, we will be there in plenty of time to get settled before Russ & Nat’s wedding near Lincoln on Nov 5th.  Rog has decided to keep his treatment going at St Mary’s rather than ask for it to be transferred to Northampton as they have been really good there, and Northampton General couldn’t have given a damn about helping his toe to heal after the angioplasty back in February – if he had been given a prolonged course of antibiotics back then, he might not be in the state he is now!

Russ came over and drove us to Mum’s on the Sunday before last, we felt in need of a change of scenery, and also we decided to buy a car so we would at least be mobile while we are here and over the winter (we will store it at Mum’s or Emma’s during our summer cruising).  We have bought a Toyota Yaris, almost identical to the one we sold when we decided that ‘we wouldn’t need a car’ – isn’t hindsight a wonderful thing!!!  We came back to Willowtree today in time for his appointment tomorrow.