Having had his second jab and now being safe from all the nasties, Ozzy had his first proper walk this morning.  Of course, it had to be a canal walk!  We took him to the locks on the GU Northampton Arm as we knew it would be quiet, with very few people or dogs.  We wanted to let him off the lead for a while, as I am a firm believer that if you let them off while they are still tiny, they won’t go far as they are afraid of loosing  you – it worked with Cassie so hopefully it will work with Ozzy.  He had a lovely time, and was very good, both on and off the lead.  We only walked a short way as he’s still very little and easily tired.  We stopped by the top lock for a little while as there was a boat about go down, just so he would see and hear the lock working.  He wasn’t bothered – ignored it mostly! 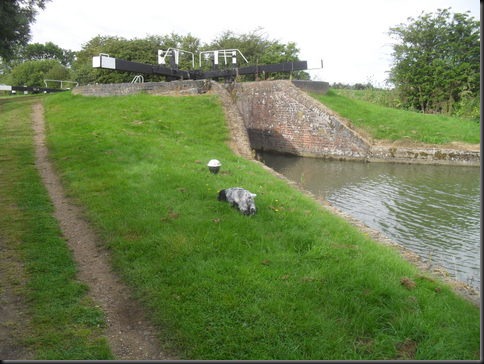 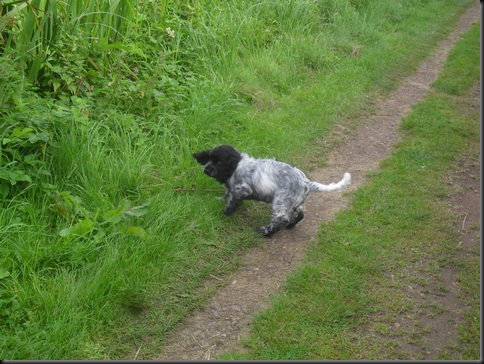 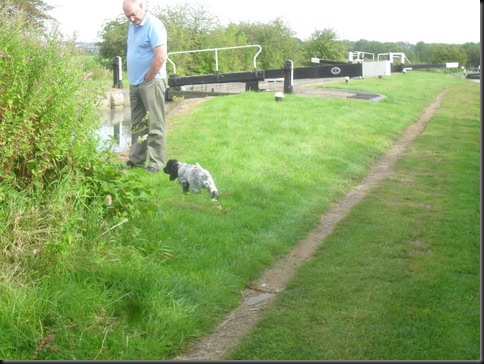 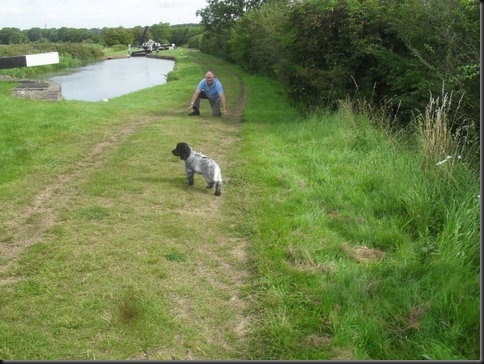 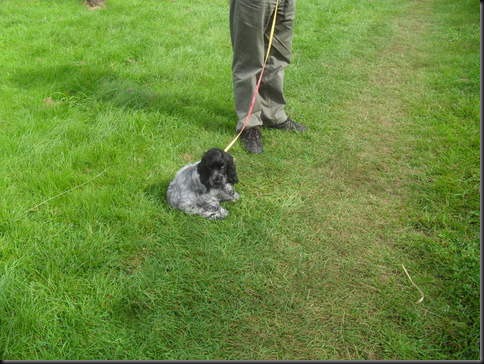 Sorry that the photos aren’t up to much, he doesn’t stay still long enough to take a decent one!

The cottage at the top lock is being renovated and extended – and a superb job they are making of it too – it’s going to be lovely! 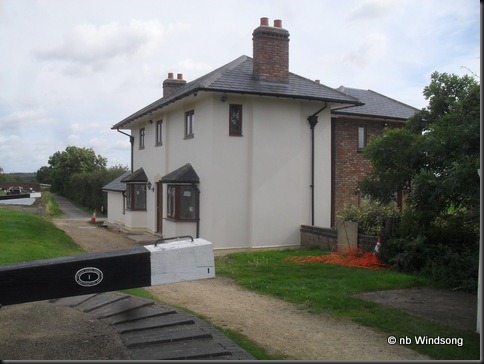 A couple of days ago we took Ozzy over to the marina to introduce him to Windsong.  After letting him explore the boat and have a good old sniff around Rog started the engine.  Ozzy pricked up his ears, but didn’t seem bothered so we just let him run about a bit more and then came home again (we had put the kettle on, but we had a failure on the coffee front as there wasn’t any left! Whoops – my fault)

This morning we decided to take the boat out for a little while and give Ozzy a taste of boating.  I put the kettle on as soon as we arrived (I’d remembered to bring more coffee!) as we only planned to be out for half an hour or so.  We still can’t put Ozzy on the ground where other dogs might have been as he hasn’t had his second jab yet, so we couldn’t be too long as he needs to pee very often (in any event he decided to christen the galley floor before I managed to get the newspaper down!)

I tried sitting with Ozzy on my lap on the side locker, but he was too wriggly and couldn’t see anything, so I put him in his bed on the hatch, put a lead on him and stood beside him.  We had a bit of stress induced  panting and yawning for a few minutes, but soon settled down, so all in all a successful introduction to boating for our new crew member. The photos tell the story! 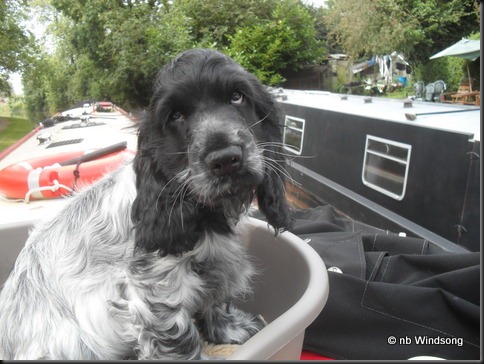 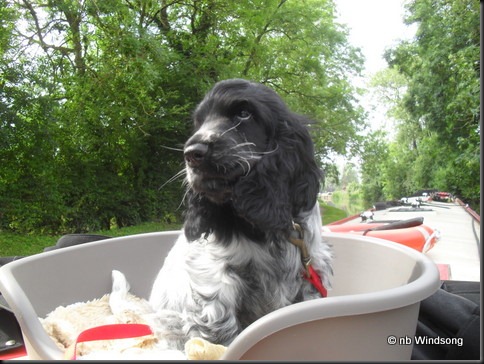 Ok, maybe it’s not so bad 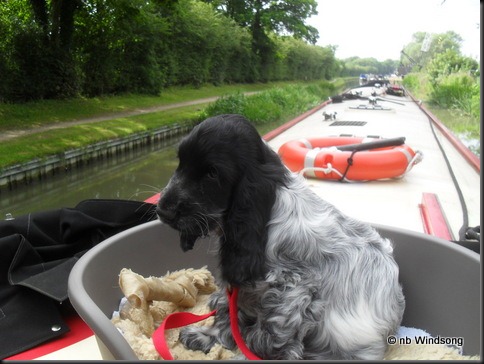 Getting used to it now 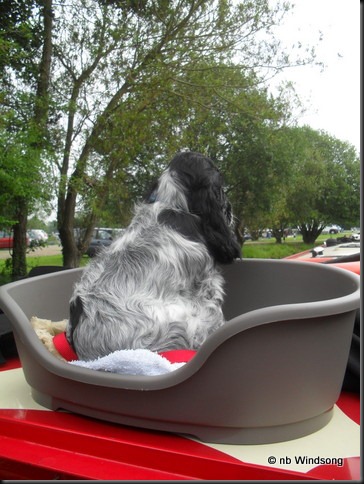 Where are we going then? 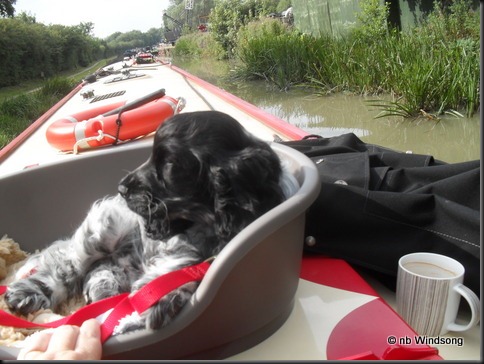 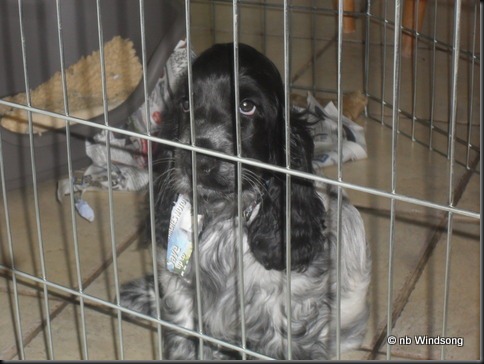 Honest Mum – it wasn’t me wot chewed up that newspaper!